eo Nikolaevich Tolstoy was one of Russia’s i greatest writers. He was born on August 28th, 1828, at Yasnaya Polyana, his father’s house in the country. Unlike other Russian novelists of the time, Tolstoy was from a wealthy background. His family was one of the oldest in Russia. At that time, there was an enormous gap between the wealthy landowners and the peasants who worked on the landowners’ farms. Tolstoy admired the peasants’ way of life, and thought that they were more honest than the landowners.

Tolstoy’s two greatest works of literature are War and Peace (1863-9) and Anna Karenina (1875-7). Both novels describe Russian society and deal with the major themes of love, death and marriage. In Anna Karenina, there is a character called Levin, a wealthy landowner much like Tolstoy. Levin is from a rich background but prefers to work on his estate in the country. Like Tolstoy, Levin wants to help the peasants and improve their lives.

In 1844, Tolstoy began studying law and Oriental languages at Kazan University. But he found university life difficult. He was not good at academic studies and his teachers said that he was ‘both unable and unwilling to learn’. He also had problems in his social life. He thought that he was very ugly because of his large nose, thick eyebrows and big lips. He had few close friends apart from his brothers and very little self-confidence with women. Most girls thought he was boring.

Tolstoy left the university without finishing his degree. He spent the next few years enjoying the same pleasures as other wealthy young men - wine, playing cards and women. He started writing, and his first novel, Childhood, was published in 1852. But he was always searching for a deeper meaning to life. So in 1851 he decided to change his life and join the army as an officer. In 1854 the Crimean War began and, later that year, Tolstoy saw the fighting against the British and French at Sevastopol. When he was there he wrote some articles called the Sevastopol Sketches, which were very popular. But the loss of life filled him with horror.

Tolstoy left the army in 1855 and spent several years travelling between Moscow, St Petersburg, Yasnaya and foreign countries. This was the only time in Tolstoy’s life when he mixed with other Russian writers. But he found their way of life too relaxed and he often argued with them. In spite of this, Turgenev, one of the great Russian authors of the time, admired Tolstoy very much. Turgenev called Tolstoy’s 1862 novel, The Cossacks, ‘the best story written in our language’.

In 1860, Tolstoy’s beloved elder brother Nikolai died, and the death affected him deeply. He began to feel a strong need to get married. But he was worried that no woman could love him because he was too old and ugly. In 1862, he asked a young woman, Sofia Andreyevna Behrs, to marry him. Sofia, the youngest daughter of a wealthy family, was sixteen years younger than Tolstoy. But she accepted him and they were married on September 23rd. Tolstoy and Sofia had fifteen very happy years together. Sofia was an excellent wife, mother and housekeeper. The couple had thirteen children, although five died in childhood. Sofia also helped her husband with his work, and copied out his long novel War and Peace seven times from beginning to end. The family had plenty of money, both from the sales of Tolstoy’s works, and from his land.

But at the age of fifty, Tolstoy experienced a major change. He decided he could not go on living without knowing what the meaning of life was. Finally he found an answer in the teachings of Jesus. But he turned against the Orthodox Church because it supported the Russian State. Tolstoy hated many things that the State did. The State used violence as a way to solve problems, and it was also corrupt - it encouraged people to act dishonestly. When Tolstoy refused to accept the authority of the Church, he was excommunicated. The Church no longer accepted him as a member. Tolstoy now strongly believed that violence was wrong and people should refuse to fight in wars. He also thought that people should not own personal possessions.

But Tolstoy’s family, especially his wife, did not agree with his new religious ideas. She did not want to give up her possessions and she thought that her first

duty was to look after her large family. So Tolstoy’s late married life became very unhappy. Although his health began to fail in 1901, Tolstoy continued writing for as long as he could. While on a journey with his daughter and his doctor in 1910, he became very ill and died on November 7th at a remote train station. He was buried in a simple peasant’s grave in a wood 500 metres from Yasnaya Polyana. Thousands of peasants came to his funeral.

Download: option is available only for users, please LOGIN or REGISTER
« BACK
Other games in Picture puzzle category 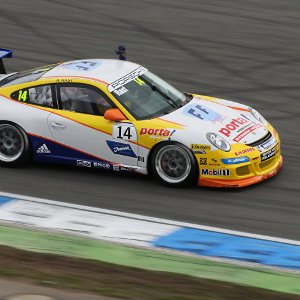 0 COMMENTS
Pages: 0
Leave a comment
option is available only for users, please LOGIN or REGISTER