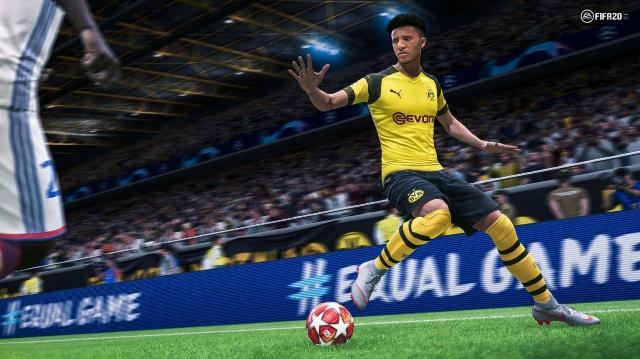 FIFA 20 is set to release on September 27 for PlayStation 4, Xbox One, Nintendo Switch, and PC, but before then you can get a taste of EA's latest footballing sim with a demo that's available now on PS4 and Xbox One.

You can play regular matches between the six teams to get a feel for FIFA 20's on-pitch action, or take them to the streets in the new FIFA Street-style Volta Football game mode.

If that's not enough, GameSpot has you covered with details on all the new features in FIFA 20 Ultimate Team and Pro Clubs, as well as a story on how Volta factors into the law of diminishing returns.

In other football-related video game news, eFootball PES 2020 is out today on PlayStation 4, Xbox One, and PC. You can expect GameSpot's review in the coming days.

Info from Gamespot.com
« BACK
0 COMMENTS
Pages: 0
Leave a comment
option is available only for users, please LOGIN or REGISTER